At Orman Guidance, we spot industry trends, discover new insights into how people think and behave, and lead conversations on the evolution of consumer insights. Here, we share the latest news from our work in consumer insights and other topics that interest us. 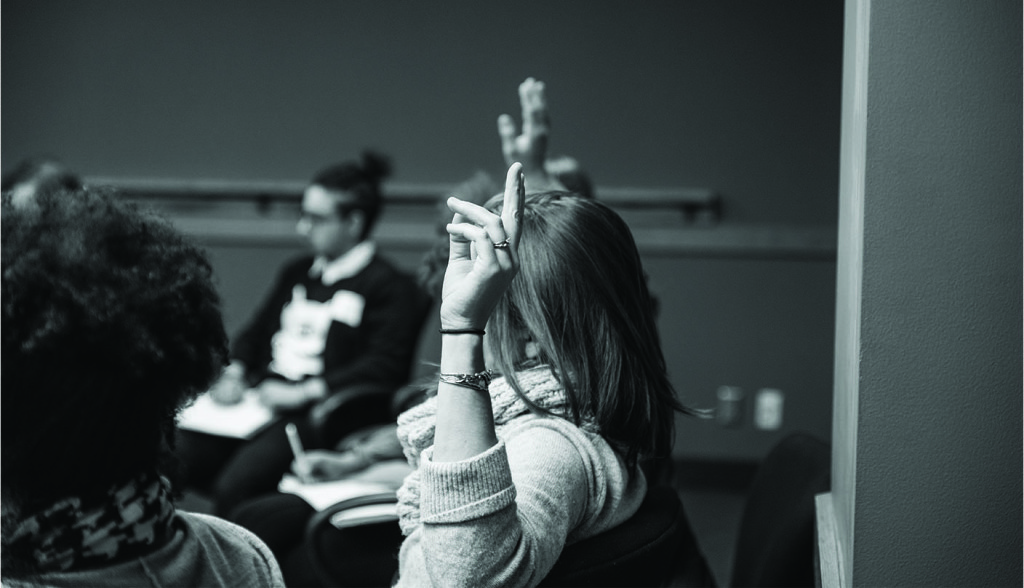 When you hear “Market Research”, what comes to mind?

Perhaps the television series Mad Men. (We hate to break it to you, three cocktail lunches are no longer in vogue.)

And…what likely comes to mind is focus groups; the quintessential form of qualitative market research. If you haven’t been in one yourself, you probably know someone who has.

At the core, focus groups are discussions among consumers on a product or service led by a trained moderator. Focus groups affirm or challenge consumer attitudes, behaviors and preferences about products, services, packaging, messaging, and so on.

In 1975 – the year Orman Guidance Research Inc. came on the scene – your average Joe didn’t know what a focus group was. In fact, few executives even understood the concept. Back then, “focus group” was a buzzword, and a particularly polarizing one at that. It excited some executives and frustrated others.

To help mark the 40th anniversary of Orman Guidance Research, Rosemary Sundin (Orman’s partner as of 1993 and owner of Orman Guidance since 2001) visited our founder, Al Orman, for a review of Orman’s ongoing contributions to market research. Making focus groups mainstream is just one of those contributions, and we’ll focus on that here.

AL ORMAN: “In those days, we were in meetings with the ad agency, and the account exec would say, ‘Maybe we should do some of those…what do you call them…Focus Groups?’ Focus groups, qualitative research, those were buzzwords. People at that time didn’t think of research as being social. It was done in a lab, it was science, not social. People hadn’t heard of social research. And everyone was naïve.”

The social and science combo was a new concoction that clients just didn’t fully grasp or trust. Al Orman found himself not only educating executives on the value of consumer insights for sound business decision-making. And sometimes that wasn’t easy.

Some clients just closed off when they heard something they agreed with. Once a couple of respondents said something like “Cheesy Poofs are delicious!” they stopped listening.

There was also the danger of over-stretching the findings. Clients got carried away trying to quantify qualitative data; i.e., if 2 of 4 people in a focus groups agreed with something – it meant 50% of the total population as far as they were concerned. They didn’t understand how to handle the data, and the early members of the Orman team did its best to manage that.

AL ORMAN: “They didn’t understand the second step in social research. You can do a qualitative study, but you don’t really know anything for sure. You’ve got to put the findings against a quantitative study, you’ve got to have the real numbers, some real sampling, to back up what you’re saying. Focus groups don’t answer every question, but they do give you a sense of what specific demographic groups of consumers are saying.”

You want the truth? You can’t handle the truth!

One problem was clients getting carried away with qualitative findings. Another was when they rejected the findings altogether. The real “fun” happened when a particular focus group didn’t yield the findings the client wanted. Al recalls the story of a scientist – unlearned in market research and consumer insights – who didn’t take kindly to the focus group’s criticism of his innovation:

AL ORMAN: “I remember the science guy from the lab – his new candy bar was like a piece of white plastic that you use to make noodles, but the shape of a candy bar, and it was chocolate-coated, and I couldn’t understand why his fellow scientists hadn’t just said, “Hey, it looks and tastes like you coated plastic with chocolate” – but they didn’t. And it got as far down the line as focus groups, and then consumers told him what the other scientists hadn’t. And this time it was 3 for 3 focus groups, 29 out of 30 people told him that his candy bar was a piece of white plastic with chocolate coating. They all hated it. And you know what he said; he said he got screwed by focus groups.  And he wanted to kill the messenger. I was there, watching the groups along with him. I remember looking at him, and asking, “Are you going to punch me?” The marketing guy, who made up his mind on the spot because it was so clear, said, “Hey, Al’s research is right on” – which tells you even a small group of people like that can tell you everything you need to know. It was too obvious. But focus groups bore it out. And that’s where that candy bar died.”

This song and dance happened a lot, and it could have proved problematic; if you want to be successful, you need clients who believe in what you sell.

So what did Al do to get new business when clients were married to a result before they followed the right research process?  As it turned out, one successful client relationship could blank out ten failed ones. Al and his team got behind enough successful ones, which became pipelines for new business. Let’s go back to Al.

AL ORMAN: “Somebody had a success, they would tell other people, “We got that from focus groups.” People would ask, and the focus groups that yielded a good idea, they would point them to us. And that’s how we got new business.”

Thanks in large part to Al Orman and his team, focus groups became a recognized and trusted market research methodology. After more than four decades, focus groups have led to countless product innovations and service improvements. From cans to canopies, companies big and small now understand the importance of leveraging consumer insights to produce the best commodities and services possible.

Want to learn more? Contact Rosemary Sundin or Rico Mace to learn how Orman’s unique approach to consumer engagement and insights can answer your business questions.